A collection of solutions for game development problems.

Blender is the free and open source 3D creation suite. It supports the entirety of the 3D pipeline—modeling, rigging, animation, simulation, rendering, compositing and motion tracking, even video editing and game creation.

CMake is an open-source, cross-platform family of tools designed to build, test and package software.

Describe your software project just once, using Premake's simple and easy to read syntax, and build it everywhere.

Sccache is a ccache-like tool. It is used as a compiler wrapper and avoids compilation when possible, storing a cache in a remote storage using the Amazon Simple Cloud Storage Service (S3) API, the Google Cloud Storage (GCS) API, or Redis.

Apache Ant is a Java library and command-line tool whose mission is to drive processes described in build files as targets and extension points dependent upon each other.

Boost.Build is a high-level build system which makes it as easy as possible to manage C++ projects.

Build monitor is a tool which you can use to measure your build times in Visual studio over time.

CruiseControl is both a continuous integration tool and an extensible framework for creating a custom continuous build process.

Gradle is a build tool with a focus on build automation and support for multi-language development.

SCons is an Open Source software construction tool—that is, a next-generation build tool.

Waf is a Python-based framework for configuring, compiling and installing applications.

The Cortex project provides a set of high quality C++ libraries and Python modules tailored for software development in the visual effects industry.

This website lets you create normal maps from height maps for free.

Packer is a tool for creating identical machine images for multiple platforms from a single source configuration.

sfntly is a Java and C++ library for using, editing, and creating sfnt container based fonts (e.g. OpenType, TrueType)

Helium is a set of open-source cross-platform C++ Frameworks, and it aspires to be a high performance Game Engine. It is permissively licensed under a BSD-style license.

Achieve speed, scale, and consistency by automating your infrastructure with Chef

Automatically deliver and operate all of your software across its entire lifecycle.

Cacti is a complete network graphing solution designed to harness the power of RRDTool's data storage and graphing functionality.

Zabbix is the ultimate enterprise-level software designed for real-time monitoring of millions of metrics collected from tens of thousands of servers, virtual machines and network devices.

Wings 3D is an advanced subdivision modeler that is both powerful and easy to use.

This is CacheSim, a cache simulator developed by Insomniac Games.

The C++ Core Guidelines are a set of tried-and-true guidelines, rules, and best practices about coding in C++

is an extensible framework for diagnosing and fixing typical programming errors, like style violations, interface misuse, or bugs that can be deduced via static analysis.

Convert from Microsoft PDB format into a MySQL database

FlatBuffers is an efficient cross platform serialization library for games and other memory constrained apps.

Docker image with StatsD, Graphite, Grafana 2 and a Kamon Dashboard

Graphite is a highly scalable real-time graphing system. As a user, you write an application that collects numeric time-series data that you are interested in graphing, and send it to Graphite’s processing backend, carbon, which stores the data in Graphite’s specialized database. 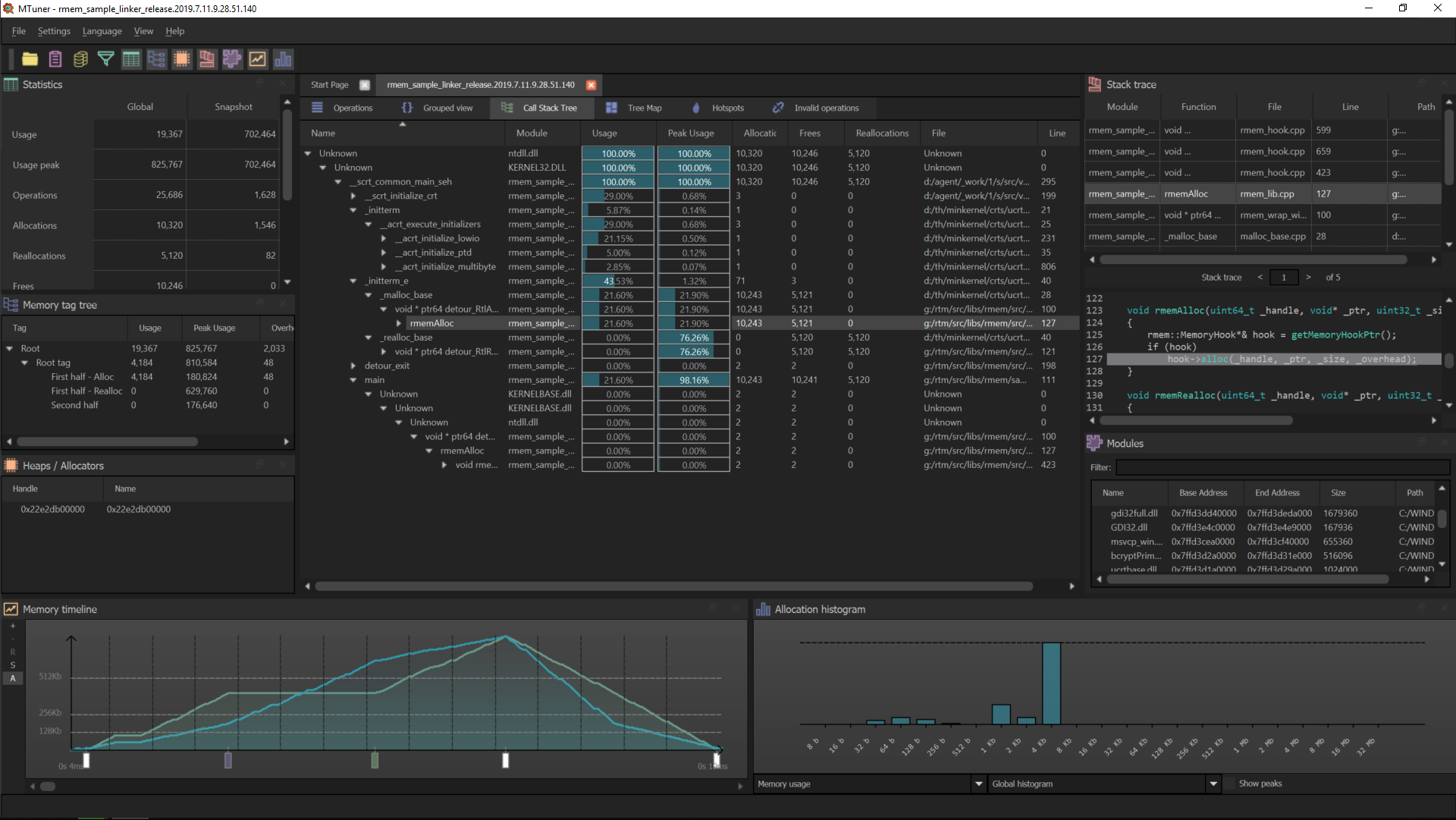 MTuner is a memory profiler and memory leak finder for Windows, PS4, PS3...

Microprofile is a embeddable profiler in a few files, written in C++ Gpuvis is a Linux GPU profiler similar to GPUView on Windows. It is designed to work with trace-cmd captures and help track down Linux gpu and application performance issues.

A project to make it easier for people to use Maya animation in their tools and pipelines.

COLLADA™ defines an XML-based schema to make it easy to transport 3D assets between applications - enabling diverse 3D authoring and content processing tools to be combined into a production pipeline.

GL Transmission Format is a royalty-free specification for the efficient transmission and loading of 3D scenes and models by applications.

MaterialX is an open standard for transfer of rich material and look-development content between applications and renderers.

A general-purpose, human-readable, and strongly-typed data language for information exchange.

format is a text-based file format designed to facilitate the transfer of complex scene data between applications such as modeling tools and game engines.

AssetBundleGraphTool (ABGT) is a tool that aims to reduce the workload of all the effort needed to build workflows around building Asset Bundles and Player Apps.

Runtime-Compiled C++ is a way to reliably make major changes to your C++ code at runtime and see the results immediately.

The nanomsg library is a simple high-performance implementation of several "scalability protocols". It aims to make the networking layer fast, scalable, and easy to use.

yojimbo is a network library for client/server games with dedicated servers.